Dyke Interrupted: Holly Hughes in progress and in conversation. 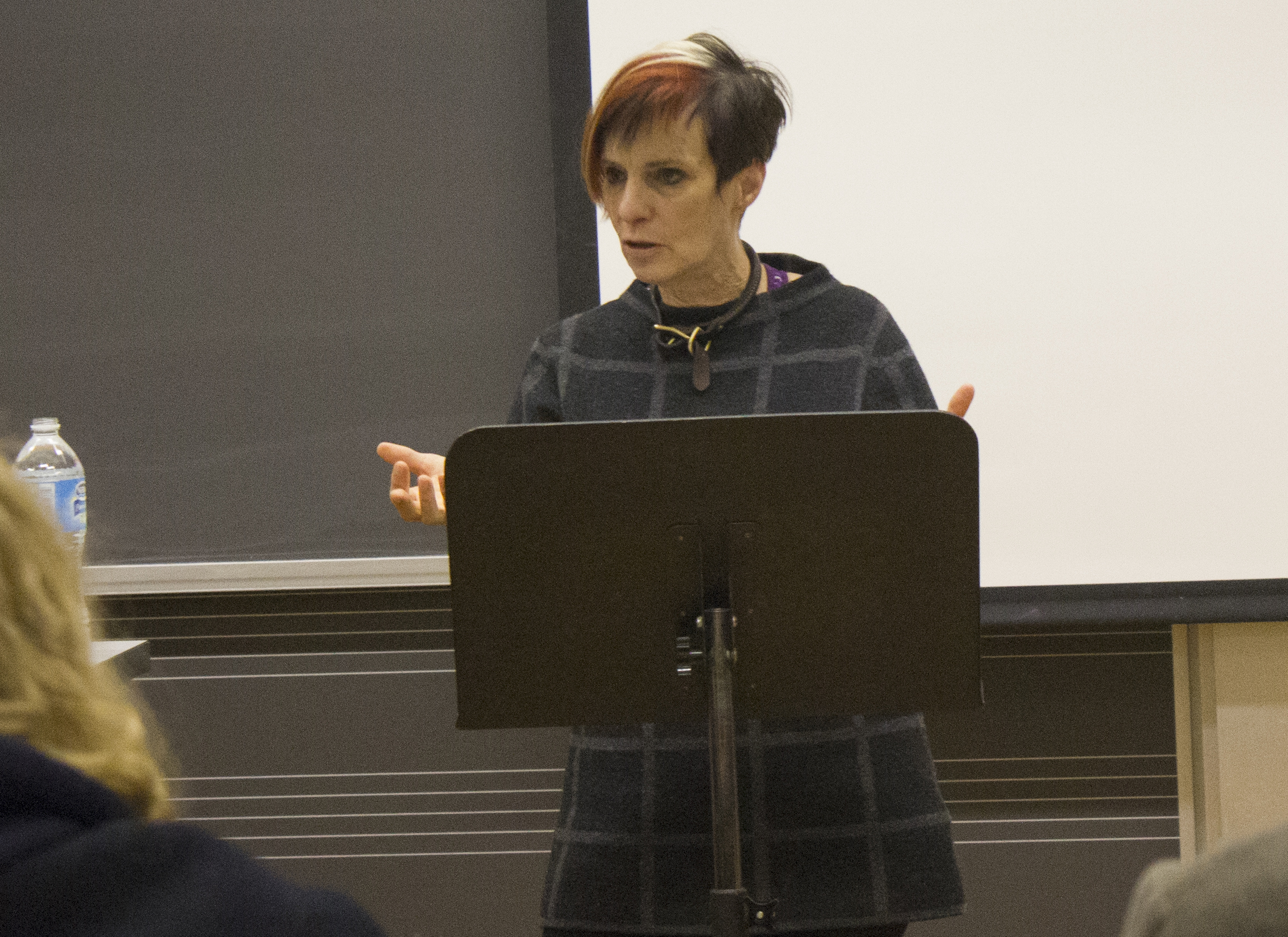 Dyke Interrupted: Holly Hughes in progress and in conversation.

Free and open to the public

Internationally renowned performance artist Holly Hughes shares her newest work and invites public dialogue into her development process. Hughes performs material from her new, as-of-yet-untitled work about an old lady driving around in a car. The reading will be followed by an in-depth conversation about the work, performance-making methodologies and Hughes’ sustained influence on the unruly field of feminist performance. Artist Sharon Hayes (Department of Fine Arts) and Director Brooke O’Harra (Theatre Arts Program, SAS) will moderate the discussion.

Holly Hughes’ combination of poetic imagery and political satire has earned her wide attention and placed her work at the center of America’s culture wars.

Hughes was among the first students to attend The New York Feminist Art Institute, an experiment in progressive pedagogy launched by members of the Heresies Collective. While there, she worked with feminist artists such as Miriam Schapiro and Mary Beth Edelson and participated in performance work at A.I.R. gallery.

In the early '80s, Hughes became part of the Women’s One World Café, also known as the WOW Café, an arts cooperative in the East Village established by an international group of women artists. As the Village gradually became a magnet for the avant-garde art world, WOW served as an incubator for a generation of artists.

Hughes has performed at venues across North America, Great Britain and Australia including the Walker Art Center, the Wexner Center, the Guggenheim Museum, the Yale Repertory, the Drill Hall in London, and numerous universities. She has published two books: Clit Notes: A Sapphic Sampler and O Solo Homo: The New Queer Performance, co-edited with Dr. David Roman. In addition, her work has been widely anthologized and has served as foundational material for performance studies, queer studies and feminist performance studies.

Hughes has received funding from the National Endowment for the Arts, the New York State Council, the Ford Foundation, and the Rockefeller Foundation, among others. She is the recipient of two Village Voice Obie awards, a Lambda Book Award, a GLAAD media award, and a Distinguished Alumni Award.

Hughes, who teaches at the University of Michigan, co-edited the recently released Memories of the Revolution: The First Ten Years of the WOW Café, with Alina Troyano for the University of Michigan Press, and is creating a new solo piece entitled The Dog and Pony Show (Bring Your Own Pony). She has also been commissioned by the U-M Institute for Research on Women and Gender to create a new performance piece in celebration of the organization’s tenth anniversary.