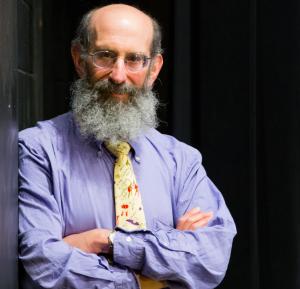 Professor of Theatre Arts and English

Cary M. Mazer is Professor of Theatre Arts and English. He chaired the Theatre Arts Program FROM 1980 TO 2004. He teaches Theatre History, Dramaturgy, Shakespeare in Performance, Theatre Criticism, and various periods of dramatic literature. His scholarship focuses on Shakespeare production history; the theory, method, and pedagogy of performance-centered Shakespeare studies; and Victorian and Edwardian theatre and drama. For the Theatre Arts Program, he has directed productions of plays by Euripides, Shakespeare, Webster, Strindberg, Shaw, Barrie, Pinter, and Beckett, and script-in-hand readings (at Penn and elsewhere) of plays by Kyd, Wedekind, GILBERT, ROSTAND, and Brecht. At People's Light & Theatre, he has served as guest dramaturg on productions of plays by Wilde, Shaw, and Shakespeare.  HE IS AUTHOR OF SHAKESPEARE REFASHIONED:  ELIZABETHAN PLAYS ON EDWARDIAN STAGES (1981), DOUBLE SHAKESPEARES:  EMOTIONAL-REALIST ACTING AND CONTEMPORARY PERFORMANCE (FORTHCOMING), AND THE PLAY PINCHAS VONTZ (AFTER IBSEN'S PEER GYNT).

Professor Cary Mazer's play, Shylock’s Beard, won the Association of Theatre in Higher Education (ATHE) Award of Excellence In Playwriting in 2016. Shylock's Beard was honored with a professional script-in-hand reading at the annual ATHE meeting in the summer of 2016 in Chicago. An interview with Professor Mazer can be found here.

First published in 2013 and now out in paperback, this volume in the Great Shakespeareans series features essays by four scholars on four major directors who pioneered open stages.

Double Shakespeares looks at the persistence of Stanislavski-based acting in contemporary performances of Shakespeare, examining how artists deal with the inescapable doubleness of the realist project, either by creating narratives (in film and television, and in rehearsal journals) about how actors work, or by creating productions that frame the plays as plays-within-the-plays.