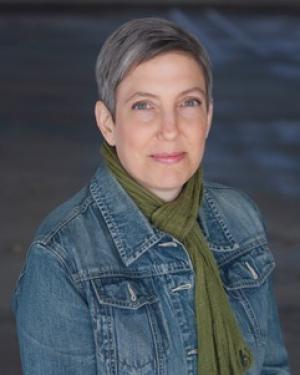 Anne Marie Cammarato is a playwright and director, whose plays include Hazel, Bobby James, Milk Pie, A Scar, 10 Months, and The Big Room. Her work has been developed at PlayPenn, Theatre Exile, Temple University, University of the Arts and the Resident Ensemble Players. She has worked throughout the country at theatres including Cincinnati Playhouse in the Park, Madison Repertory Theater, Theatre X, Milwaukee Repertory Theatre, Renaissance Theatreworks, and Delaware Theatre Company, where she served as Artistic Director for six seasons. Anne Marie studied at North Carolina School of the Arts, New York University, and holds an MFA in Playwriting from Temple University. She was a finalist for the Leah Ryan Fund prize (2015) and has been nominated for/awarded multiple Barrymore Awards for Excellence in Theatre. In 2012, she was the Established Literary Fellow in Playwriting for the State of Delaware. She is currently Playwright-in-Residence at the University of Mississippi and a lead artist of The Foundry at PlayPenn.