ICONS IN PERFORMANCE: ACTORS AND OTHERS WHO DEFINE AND SHAPE THE ARTS 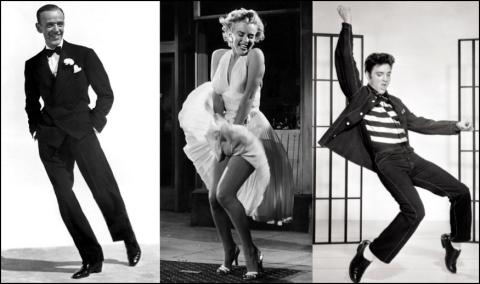 Many talented performers bring works to life on a stage or in film. But a select few artists are so distinctive they become icons, defining for audiences—often for many years beyond their careers—the art they serve. Marlon Brando defined a new kind of American acting. Sidney Poitier broke the color barrier for leading man movie stars. Maria Callas showed that opera was equal parts theatre and music. Greta Garbo helped us understand the visual power of a film image.

This seminar course will focus on iconic performers. It is part analysis (interpreting in detail what it is these artists do), and part cultural study (why it matters, and also seeking to understand the larger circumstances at play in forging an icon). In addition to the performers mentioned above, we’ll also study Mae West, Fred Astaire, Marilyn Monroe, Elvis Presley, Judy Garland, Frank Sinatra, Barbra Streisand, John Wayne, Oprah Winfrey, and more. We will also look at a handful of iconic directors—including Alfred Hitchcock, Douglas Sirk, Harold Prince, and others—whose style makes a definitive mark on American film and theater. To support our work, we will use film, audio recordings, scripts, criticism and analytical essays, biography, and more.