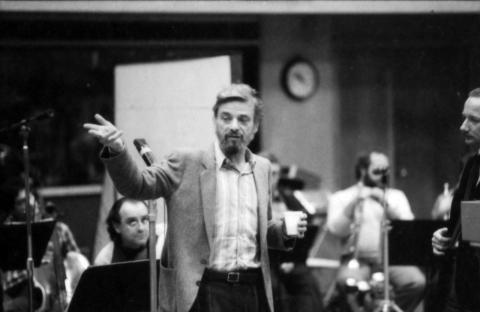 Among theatre critics and a large sector of the public, Stephen Sondheim is generally considered the most significant composer and lyricist in the contemporary theatre; he is, in fact, accorded the kind of serious consideration generally reserved for “legitimate” playwrights. In this seminar, we will examine in detail Stephen Sondheim’s writing through what are essentially four stages in his career. Sondheim’s earliest work was as a lyricist, collaborating with composers Jule Styne (Gypsy), Leonard Bernstein (West Side Story),

and later, Richard Rodgers (Do I Hear a Waltz?). Beginning in 1970, Sondheim – now both composer and lyricist – in partnership with director Harold Prince produced a series of musicals (including Company, Follies and Sweeney Todd,) still thought to be among the most innovative and substantial in the history of the genre.

We will also examine Sondheim's musicals since his 1981 break with Prince. These later works, created with writers and directors including James Lapine (Sunday in the Park with George, Into the Woods, Passion), Jerry Zaks (Assassins), and John Doyle (Road Show) are often smaller in scale, intensely personal, and incorporate elements of performance art and popular culture.

Finally, we will consider revival productions of Sondheim’s work, which often are reconceived from their original form, sometimes with Sondheim’s involvement and occasional rewriting.