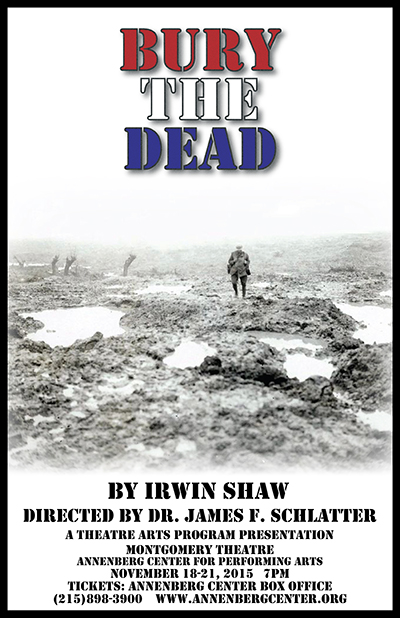 The Theatre Arts Program’s fall production, Bury the Dead, written by Irwin Shaw in 1936, is set, as he states in the script, “in the second year of the war that is to begin tomorrow night.” The scene is an unnamed battlefield somewhere in the world that also serves as the gravesite for six dead American soldiers.  About to be interred, the six young soldiers stand up in their shared grave and plead not to be buried.  This crisis is the focus of Shaw’s harrowing and deeply moving and provocative play, directed by Theatre Arts faculty member, Dr. James F. Schlatter,  Can a war ever end if the dead won’t be buried?  The play will be performed by an ensemble company and all member of the Penn community are welcome to audition.  No experience necessary.  Student veterans are especially welcome to audition, as well as students interested in studying the literature and history of war, or its representation in art, theatre, and cinema.  Participation in the production earns academic credit. 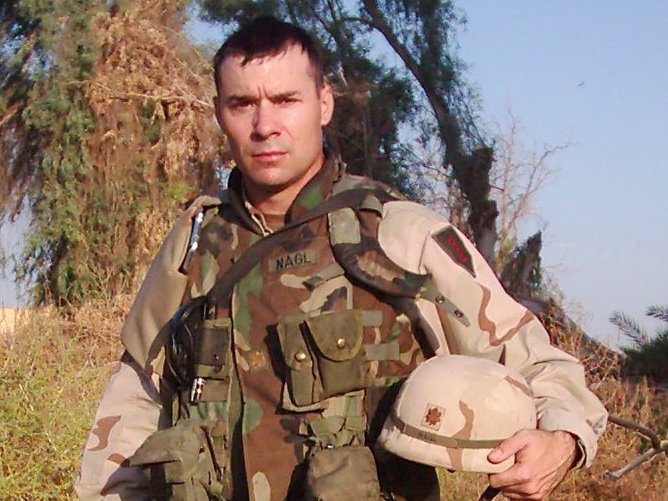 Theatre Arts will be presenting a special performance of Bury The Dead on Thursday, November 19 to be followed by a post-show panel featuring Lt. Col. John A. Nagl, veteran of both wars in Iraq and author of KNIFE FIGHTS : A Memoir of Modern War in Theory and Practice and other books. Other post-show panelists will include project director Dr. James F. Schlatter, and other members of the Penn Veterans community. Members of the public are encouraged to attend and participate in this discussion.

BURY THE DEAD
Veterans Ticket Offer
Theatre Arts will be offering two complementary tickets to any performance of BURY THE DEAD to all veterans with ID. To take advantage of this offer, which is only available while ticket supplies last,  visit the Annenberg Center for Performing Arts Box Office during regular business hours with your ID and ask for the Veterans Ticket Offer.  This offer is good for any performances of this production while ticket last. If you know a veteran, please let them know of this offer.

KV: Tell me a little about Bury the Dead.

JS: I’ve known about the play for a long time and always thought about doing it. The play deals with a battlefield that has become a gravesite where American soldiers are being buried during the middle of this unnamed war. Just as the soldiers are about to be buried, they stand up and refuse to. So the central question is how they can get these soldiers to lie down and be buried. If they don’t lie down, they’ll stink, and the smell of war will permeate the world, bringing everything to a cataclysmic end. So they try to work out ways to get these young men to lie down and be buried.

Continue to  the full interview with photos here.

PLEASE VISIT THE GALLERY OF WRITING AND ART WORK CREATED BY VETERANS IN A WORKSHOP CONDUCTED BY LOVELLA CALICA OF WARRIOR WRITERS OF PHILADELPHIA.  PARTICIPANTS IN THE WORKSHOP WATCHED A REHEARSAL OF THE COUPLES SCENES IN BURY THE DEAD AND THEN CREATED WORK BASED ON THE PROMPT “THOUGHTS OF HOME.”